Man has kept pigs for many centuries. According to some sources, pigs began to be reared, mainly for meat, in the ninth century before Christ, when they were domesticated. Pigs were initially allowed to range free but were gradually placed in sties. How are pigs kept nowadays?

Breeders producing weaner piglets keep a sow in a sty on a straw bed, during which time some breed her naturally to a boar, while others use the standard method for controlled reproduction, which is insemination.

The goal is to produce piglets with a good birth weight, which can be influenced by the choice of genetics and nutritional measures while the sow is pregnant. It is essential that the sow is in the best possible condition before giving birth and has the optimum amount of fat.

The birth, which occurs on average after 115 days, is a critical period for the sow and piglets from many aspects. This particularly applies to modern genotypes of a sow, who take longer to give birth because they have more piglets in a litter. If the last piglets to be born suffer a lack of oxygen this results in slight brain dysfunction, which causes weaker reflexes and often means they don’t get to the sow in time to drink the colostrum.

While sow productivity equivalent to forty piglets a year (16.8 piglets per litter) is achieved in first-class European pig farms, breeding sows of the aforementioned Přeštice breed is a little different.

According to the current methodology created by the Association of Pig Breeders, individuals with average traits are used for breeding, during which time the focus is on the type, constitution, appearance, resistance to stress and longevity. Good reproductive traits are typical for the Přeštice Black Spotted breed and are expressed as 10.5 surviving piglets in the litter (at 21 days of age).

Assistance during birth, or placing an infrared lamp into the birthing pen in addition to the primary source of heat clearly helps avoid loss of new-born piglets.   As well as a warm and dry pen the new-born piglet also needs to drink colostrum as soon as possible. The piglets’umbilical stumps are treated, their teeth are trimmed and they are given iron within three to five days. Male piglets are castrated with two weeks using the standard method.

The piglets remain with the sow for about thirty days, whereas they have a complete feed mixture available from two weeks of age. They naturally have access to water from the first day after they are born. The weaned piglets, weighing between seven and eight kilograms, are moved to shared pens where they are provided with an ad libitum amount of feed mixture and water. At sixty days of age, they should reach a weight of around 25 kg and are ready for sale as weaners. The pigs are normally fattened for six months until they reach a weight of around 120 to 130 kg.

With regard to Přeštice pigs, a higher rate of growth is not good with regard to the quality and maturity of the meat. If Přeštice pigs are fed incorrectly they will start gaining fat at a weight of between seventy to eighty kilograms but will have very little lean meat. The ideal fattening period is about eight months, when the meat of pigs suitable for slaughter is mature, which is apparent in the cutlet by the marbled pattern created by intramuscular fat. 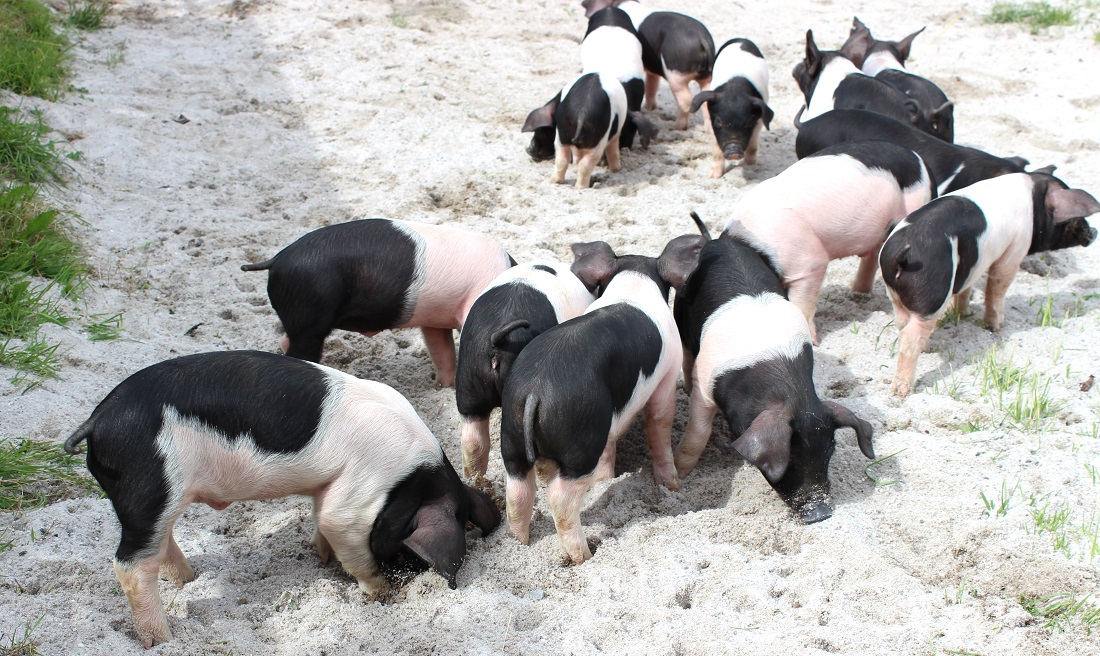 From the youngest ages, pigs are kept on a straw bed. Daily addition of straw ensures that the animals are clean and also provides them with entertainment and there is no need to worry about chewed tails or ears. Because pigs also eat the straw, they are provided with high-quality rye straw, which they enjoy the taste of.

There is no need to debate the fact that pigs are social animals adapted to living in small groups. Keeping pigs in stable groups of five to seven sows with their piglets and one boar is based on this natural behavior.

Sows with piglets are transferred to the pen shared by a family of pigs six weeks after farrowing. The boar stimulates the sows and they go into heat even when they are still suckling the piglets. The piglets are weaned at three months of age when they are eating solid food. The advantage of this significantly longer social contact with their mother is that the pigs are kept practically free of stress. 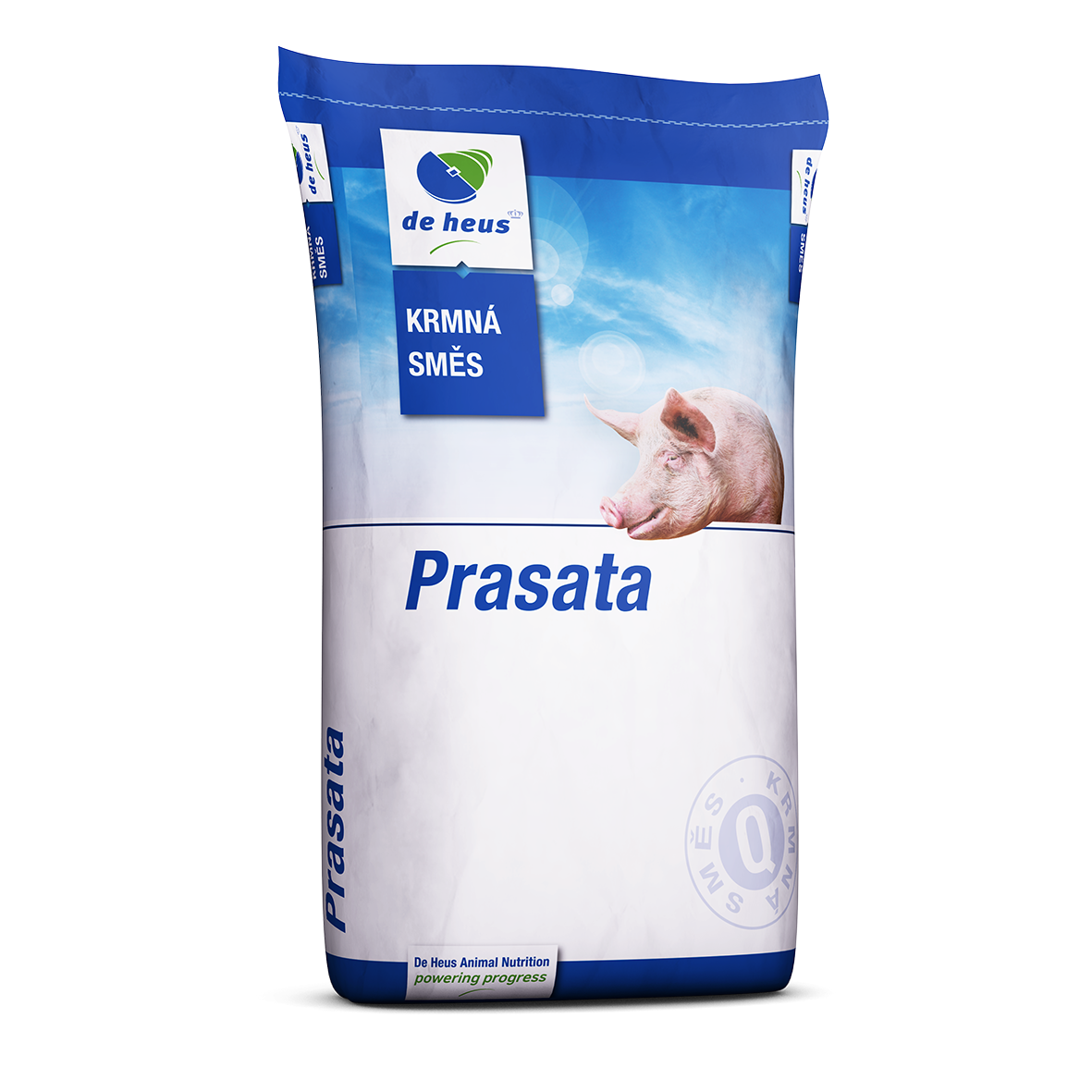 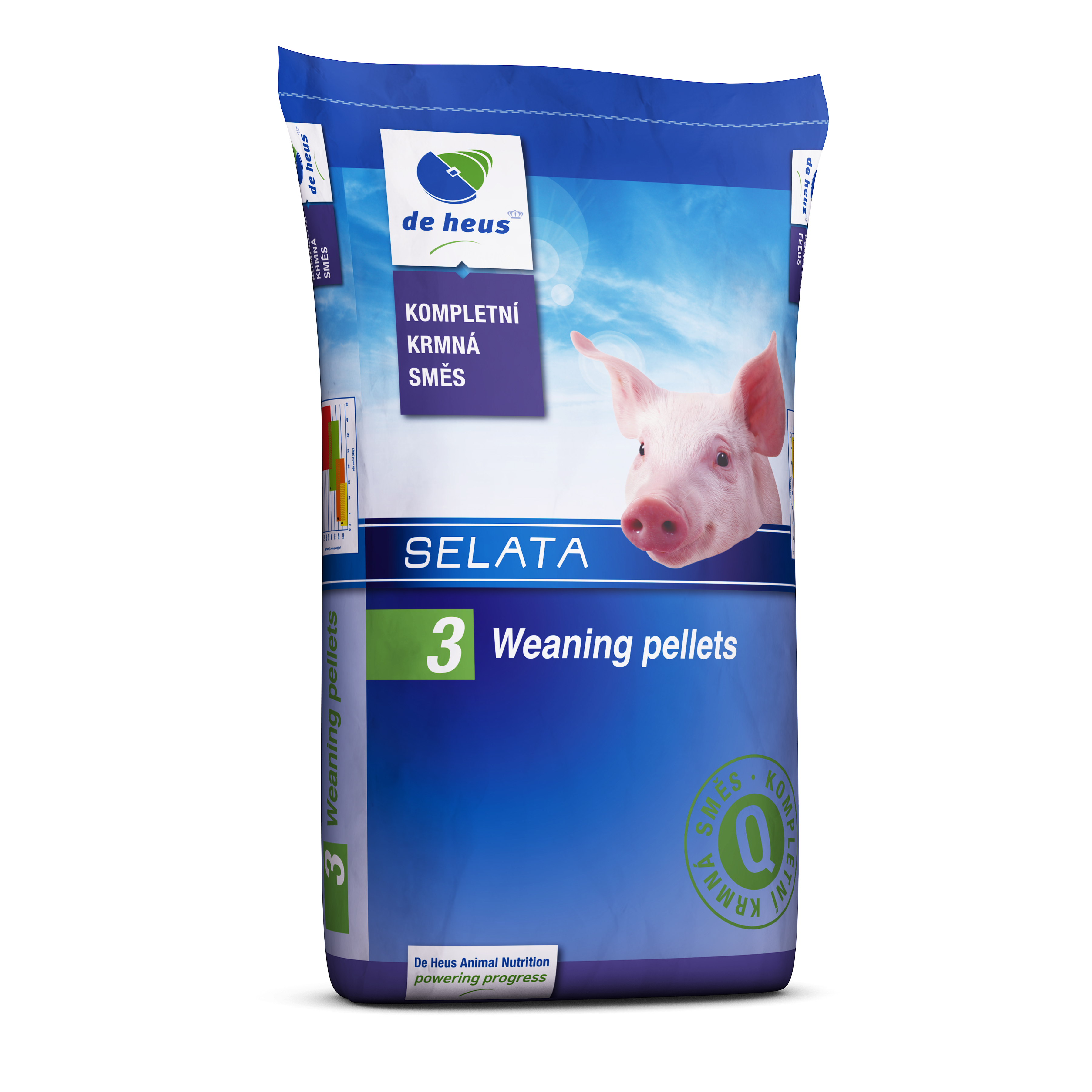 A prestarter for piglets from 10 days of age to 14 days after weaning from the sow. Its structure of 2 mm granules ensures problem free intake and overcoming the weaning period. Among other things it contains whey and fish flour which ensures fast growth in piglets. 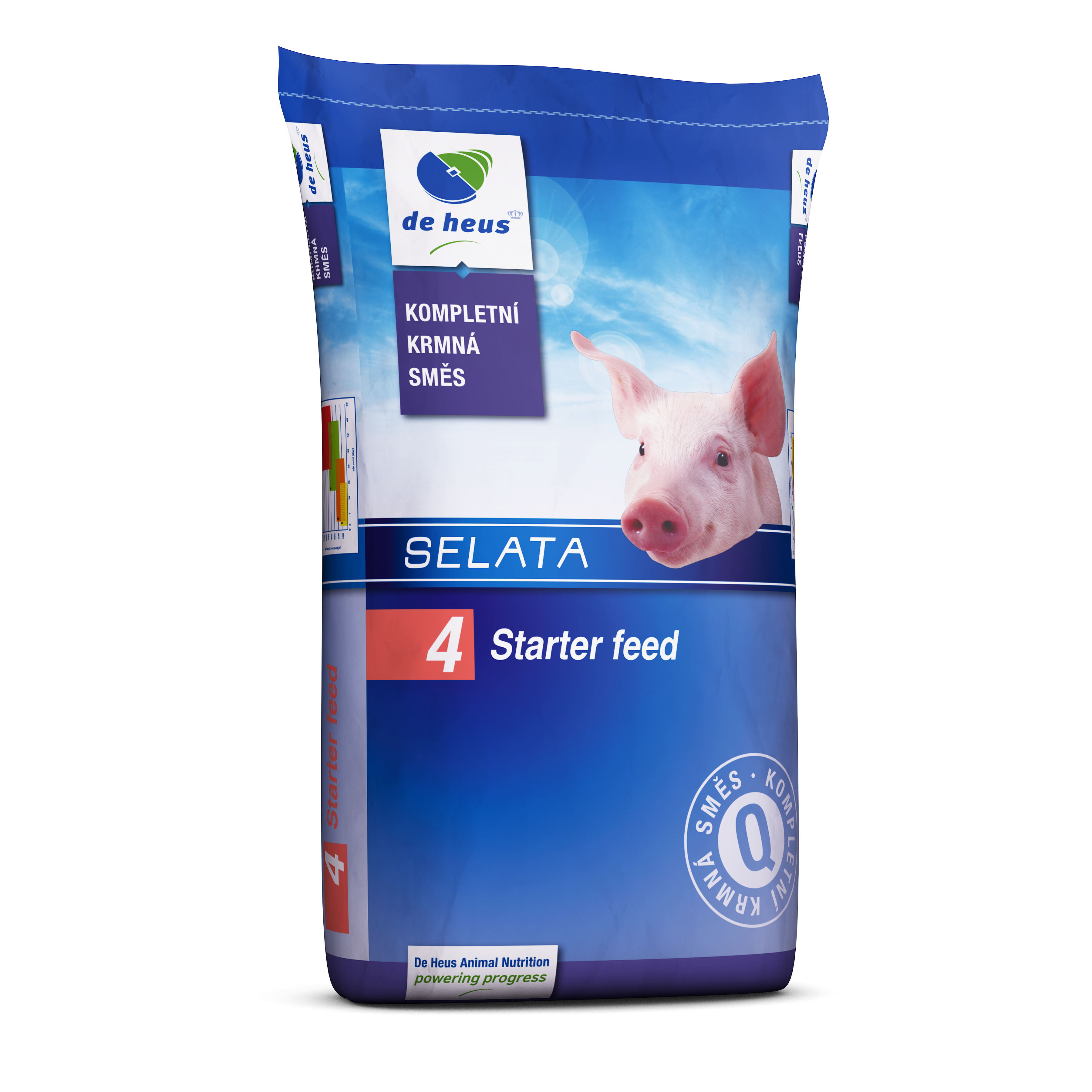 A professional feed intended for weaned piglets with a live weight of 12 kg of up to 12 weeks of age. It provides an ideal start to piglet growth. This feed is followed by fattening mix A1 Mini or the Pig Uni 15 concentrate.